Distribution agreements are one of the simplest legal frameworks that can be put in place to support and enhance sales, improve market penetration and build a new international business. They set out the terms that will apply to business transacted between a supplier – typically a manufacturer – and a distributor.

In spite of the fact that many entrepreneurs, commercial directors and business people will exhort their importance, distribution agreements are very commonly neglected, ignored or put off. Worryingly, doing so in some jurisdictions can result in an implied distribution agreement being construed between the parties without anyone actually signing anything. It is wise to periodically review trading arrangements to check whether there are any agreements which need updating, any failing business partners who need to be cut loose or, where there is a need, to get a formal agreement put in place.

To assist with this exercise, we have put this article together with the help of our international lawyer network to act as a guide for both suppliers and distributors on some of the key issues to bear in mind when revisiting distribution arrangements.

1. Is my company bound by a distribution agreement?

Import and export businesses often begin on a very informal basis and it isn’t always essential to have a written distribution agreement in place before trading commences. Sometimes it can be preferable to work on an order-by-order basis until sales start to see some traction and the parties can revisit the matter – that way, if things don’t pan out, no one is tied in and they will be free to explore other opportunities. On the flipside, if a promising business does start to materialise and there is not an agreement in place to set the boundaries then a different set of problems can arise. Distribution agreements improve certainty and create a structure which allows for planning and fosters confidence. If the parties are working on a basic sales/purchase relationship without any stability or certainty then planning for the future can be exceptionally difficult.

Around this time there is a real potential for disputes: for example, another distributor may have noticed the products on the market and want to buy directly from the factory, or perhaps the distributor has registered a trademark in their jurisdiction without consulting with the supplier. Sometimes an impatient supplier is unrealistic about the rate of progress and might want to cut the distributor off. In the face of these problems one (or both) of the parties may want to end the business relationship, but whether this is possible and how this can be achieved can sometimes be a difficult question to answer.

2. Do I need a distribution agreement?

Generally speaking, it is prudent to put a distribution agreement in place at the start of the relationship in order to clearly set out the expectations of each party, the core business terms and, perhaps most importantly, to reduce the scope for future conflicts. The need for a distribution agreement grows once some results start to materialise as the supplier will want to protect and grow their sales and the distributor will want to ensure that they have security of supply and the certainty to invest in marketing.

If no distribution agreement is put in place then the basis of the contract is typically the mutual intention of the parties, or potentially it could be based on the terms set out on the back of a PO or invoice. Salespeople are not always known for paying much attention to these and can unwittingly sign their companies up to agreements with unintended consequences. A well written distribution agreement can ameliorate this issue.

3. Who owns the clients? Who created the goodwill?

It is not unusual for a supplier to indicate in an email or verbally to the distributor that they are the distributor for a certain territory, market channel or range of products. A distributor typically has the right (and potentially an obligation) to promote sales and take care of a market.

In European civil law jurisdictions, the distribution agreement is typically construed as a mix of supply and service agreement (with the service being the promotion of sales) which can lead to further questions, such as who “owns” the clients and What happens to those clients in case of termination? In some jurisdictions when a distribution agreement is terminated the distributor has the right to receive an indemnity or a quantum meruit for the customers base that they built. The indemnity is typically based upon a percentage of the turnover realised during the term of the distribution. In some jurisdictions no payment is required.

One common area of contention is cross-border internet sales where the supplier or other distributors despatch shipments to the distributor’s territory. This can be infuriating for a distributor who has invested in building up a market and a brand only to have outside players eat away at the fruits of their labour. It may result in a claim for breach of contract. How should a supplier coordinate its distributors with respect to internet sales? How can the distributor avoid losing its market to grey imports? What will competition law permit? This is best addressed by way of a distribution agreement.

Sometimes business relationships irretrievably break down and reach the end of the road. Things can turn nasty and ‘wronged’ parties may expect to be compensated for their losses. At that point, new questions arise: in which jurisdiction should a legal claim be brought? Who has a right to sue? Is it better to wait for the other side to bring a case? Is it possible to have the advantage of litigating on home soil or are there advantages in bringing a claim elsewhere? Is it possible for the other side to bring a case in their own jurisdiction? At this stage legal assistance is vital, particularly where there is a cross border element.

Joelson, together with its international network, ELN, is able to take its clients through a range of strategies, solutions and advice spanning all major European countries and the US. We can assist both suppliers and distributors and, if the need arises for a standard form document to be used in multiple jurisdictions, then we can consult with our partner firms to take into account the requirements of each jurisdiction.

In England and Wales

The criteria used to appreciate the reasonableness of a notice period are the duration of the relationship, the size of the territory, the importance of the distribution in the overall turnover of the distributor, the difficulty that the distributor might face in finding a new business, the specificity of the client base, the size of any investments made and the scope of any reorganisation that may be required. A refusal to renew an “exclusive sales concession” of a limited duration also requires notice to be served no less than three months and no greater than six months before the expiry of the initial term, without which the agreement is deemed to be renewed. An “exclusive sales concession” of a limited duration that is renewed twice is then deemed to become of a unlimited duration for the purposes of the application of mandatory rules related to notice period and goodwill compensation.

This Newsletter does not contain legal advice and is for general information only.

Please contact the counsel mentioned above for each jurisdiction.

ELN is a Group of independent firms working closely and efficiently on cross-borders project and transactions. 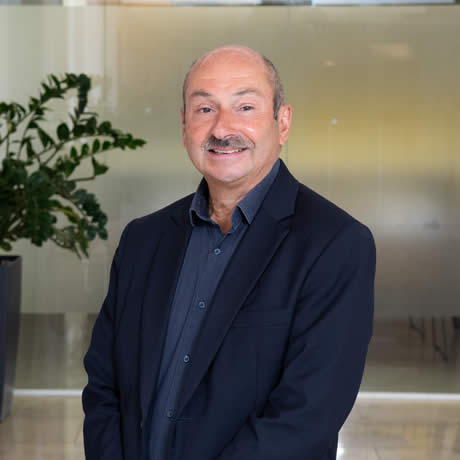 Joelson has advised Believe in Science, company behind the launch of a new healthier style doughnut brand, Urban Legend, on its Series A fundraise led by JamJar Investments.

Our monthly summary of recent news items relating to the M&A, Scale-up and Growth capital scene in the UK and Europe.

The Register of Overseas Entities (the ROE)

The idea of a public beneficial ownership register for overseas entities has been around since 2016, first announced by David Cameron. The Bill received royal assent on 15 March 2022.